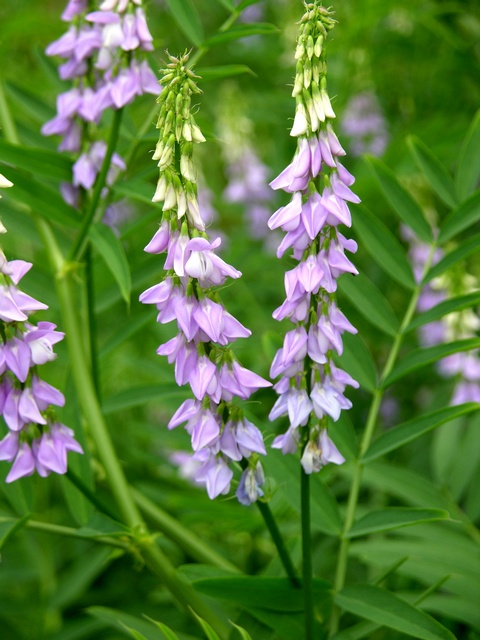 Medical uses: Mostly known for containing the alkaloid, galegine, which has been used since the Middle Ages to relieve the symptoms of diabetes mellitus by lowering blood sugar. The effects from galegine and guanidine isolated from the plant were too toxic; however, this work eventually led to the discovery of metformin, which is in use today to treat diabetes mellitus.

Folklore: Was once used for the treatment of plaque, fever, and infectious diseases. Also used to increase milk production in animals such as cows and goats. It was used by Native Americans who considered it to be an aphrodisiac and useful in restoring manhood to those with impotency and as a female herb to restore a woman’s beauty and health.

Other fun facts: Considered a noxious weed, but has been used, cautiously, as an edible plant much like spinach. 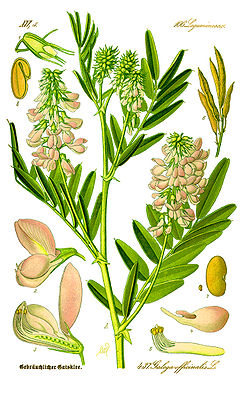